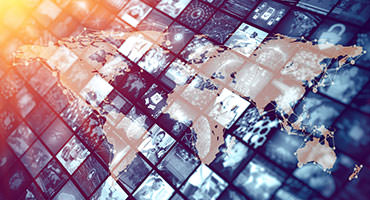 Asia will be the Center of Economy in the Future again!

Hayati Yazıcı, the Minister of Customs and Trade, by stating that the Silk Road is simply not a trade route, said: “Asia will be the center of economy in the future again. 22 percent of the total international foreign trade volume, which amounts to 30 trillion dollar approximately, is actualized by the Silk Road countries today. The trade volume of the said countries rose by 4 fold in the last 10 years.”

Yazıcı, in his speech that he gave in the opening of the 5th International Forum on “The Role of the Customs Administrations in Facilitation and Development of the Trade between the Silk Road Countries”, reminded that the project was started with the first meeting in Antalya in the year 2008.”

Yazıcı saying that a significant distance was covered in the 4 years passing by, indicated that the Silk Road project turned into a comprehensive initiative.

Yazıcı, expressing that the routes that had been followed and used along the history by the humanity were in fact the main arterial roads responsible for construction of history, said: “The Silk Road is the line where the civilizations emerged and the civilizations are fed. The Silk Road has not been the route of only the tradesmen but also belonged to the troops, ideas, religions and cultures in between the west and east. This route was not only used for transportation of the commercial goods along the centuries but introduced the cultures to one another and transferred the eastern civilization to the west.”

Yazıcı reminding that the gun powder was transferred to the west from the east through the Silk Road and while it was being used as fireworks in China, it turned into a weapon, commented: “The Silk Road is simply not a trade route. Therefore, the Silk Road is very significant for us and we say: “the light rises from the east”. We do not only wish to escalate the trade level but also to strengthen the bonds of friendship, brotherhood between our countries by this way. Trade is in fact the result of the cultural relations.”

-" Asia will be the center of economy in the future again"-

Yazıcı expressing that the fact that the Silk Road had lost its previous vitality arose from the relations in between the countries being interrupted, said: “We wish to build the connections of friendship at the time of renewing the customs gates on this route. Let the customs gates be the gates of love and friendship of our country opening to one another. We wish to strengthen the cultural bonds in between our countries and our people.”

Yazıcı saying that the relations to be established between the Silk Road countries with a wide perspective will change the fate of this geography of the last 200 years, spoke as below: “In recent years, Unesco defined the Silk Road as “the Road of Dialogues” with it increasing the dialogue and contact level between the east and west. While Asia was predominant in the world economy till the end of the 18th century, it was replaced by Europe in the 19th century. Asia will be the center of economy in the future. Therefore, this customs administrations cooperation that we initiated is highly significant.”

-The customs are where escalation of the initiative power, competition level of the country is ensured”--

Yazıcı saying that the project which was initiated 4 years before will do good for the Silk Road territory, said: “Because, they are the places, which escalate the initiative power, competition level of the country. As has been expressed by Mr. Prime Minister, we consider making our region that takes place at the center of important trade routes and energy routes in between the three continents meet its old days of glory as our historical mission.”

Yazıcı telling that they are making the effort to revitalize the Silk Road with wide rail networks, lines of communication, energy corridors, natural gas pipelines, said that as the countries taking place on this route, the innovations that they will bring would be the most significant section in revitalization of this line.

Yazıcı saying that they accelerated the efforts to facilitate trade at the customs administrations in Turkey, gave the following information: “We started on effective efforts in this regard with our bordering neighbors in the west and east. Common gate model, cooperation in struggle with smuggle, data exchange efforts, TIR-EPD application are some of our common efforts.”

Yazıcı reminded that AB-EFTA Common Transit application would start on December 1, 2012 as a significant innovation in transit regime.

Yazıcı stating that the Silk Road project will lead to the countries’ coming together with more strong bonds after establishing of long historical friendships, went on:

“China, Azerbaijan, India, Iraq, Iran, Kazakhstan, Kyrgyzstan, Mongolia, Uzbekistan, Pakistan, Russia, Syria, Tajikistan, South Korea, Afghanistan, Georgia and Turkey should sustain their bonds of friendship and trade today as it was yesterday. This territory transforms into a significant commercial and economic center in recent years in parallel with its significance in history. Administration of this transformation by the countries of the region in cooperation is highly significant in terms of obtainment of maximum benefit.

The share of the counties in the Silk Road territory rises gradually. Today 22 percent of the total world foreign trade volume, which amounts to 30 trillion dollar approximately, is actualized by the Silk Road countries. The trading volume of the said countries has risen by 4 fold in the last 10 years. If the rate of growth of the countries of the region is taken into account, it becomes evident that the share of the region on the world trade will increase to a higher extent in the future.”

-“The Action Plan” proposed by Turkey has been accepted”-

Yazıcı drawing attention to the fact that the foreign trade rates of growth of Asia rose to two fold of the world average said: “While the Europe exportation grew by 3 percent in the year 2010 for commercial services, the exportation of Asia grew by 22 percent. According to the anticipations of IMF, the best growth performance will come from the Asian countries in the year 2012. The anticipated growth rate is 8 percent.”

Yazıcı reminding that it is anticipated that the growth of the European Union would decrease in the year 2012 and would increase to a limited degree in the upcoming years made the following anticipation: “Taking into account this tendency, we can say that Asia will become the center of the world economy again. The Silk Road has the potential to become the vital point of this center.”

Yazıcı drawing attention to the fact that the times of suspension at customs at the time being rose the cost of trading of goods, said:

“As the Silk Road countries, we have to place importance on the customs transition points primarily at this stage. The project is not limited to the countries constituting the east-west line on the Silk Route scope; it includes the north-south lines connecting Europe and Asia to Africa and consisting of multimode transportation.

Consequently, inclusion of Ukraine, Egypt, Serbia, Italy, Bulgaria, Lithuania, Belarus, other countries, which are or are not members of EU and international organizations such as United Nations, World Customs Organization, Economic Cooperation Organization, IRU, Turkish Council, TRACECA, present at this meeting, in this project is our biggest desire.”

Yazıcı gave the information that “The Action Plan” that was proposed by Turkey in order to remove the obstacles before the potential of the region together with the suspensions at the border had been accepted.

This piece of news http://www.haberler.com/gumruk-ve-ticaret-bakani-yazici-aciklamasi-4129609-haberi/ has been compiled by MGBP.